Everything There Is To Know About The Volkswagen Passat

Volkswagen has been around for nearly 100 years! Their dependable, reliable, affordable, and accessible automotive philosophy is a tough one to beat. When it comes to German automotive manufacturing, it’s no wonder Volkswagen comes out on top, year in and year out. Volkswagen provides both luxury and affordable consumer-based vehicles that will suit almost anybody, in almost any part of the world. And that’s just it, the worldwide mentality that Volkswagen has is second to none, except for maybe Toyota, but that’s a topic for another discussion.

What makes Volkswagen and the Volkswagen Passat such a popular choice will be revealed in this article, but if anyone is interested in purchasing a new or used Volkswagen, then there are countless places to begin searching. Let’s say that a driver is looking for a Volkswagen Passat in Libertyville, Illinois. Ok, easy. Start by searching for northern Illinois-based dealerships; search for dealerships in and around Libertyville; and search for other German manufactured new and used car dealerships as these shops tend to carry all types of used German brands, including Volkswagen.

This mid-to-large size family sedan is a real hit in North America. The original boxy design with that classic tapered protruding tail light/trunk is an iconic symbol that is synonymous with the 70’s and 80’s. Available in both 3 and 5-door variants, the Volkswagen Passat morphs seamlessly between a station wagon and a sedan. Depending on where the car is manufactured, the Passat may be short, cube-like, round, or have an entirely different name altogether. It might sometimes be called the Dasher, Quantum, Santana, Corsar, Magotan, or Carat. What remains the same is that the Passat is a spacious, pleasant, and affordable large family vehicle that won the 2012 Motor Trend car of the year! What about a luxury Passat? Keep reading!

The Volkswagen Phaeton: Prestige At Every Corner

Other Interesting Models To Choose From

If space and comfort is the on the agenda, then the Tiguan, Touareg, Vento, Lavida, Routan, and or Sharan are all exceptional vehicles worth glancing at. 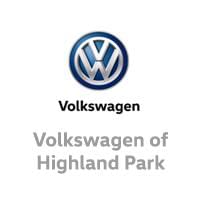